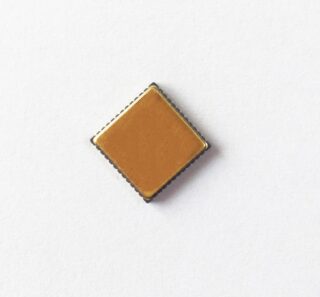 The wave of MEMS sensor market can range from the earliest automotive electronics to consumer electronics in recent years and the coming Internet of things era. Nowadays, a single sensor can no longer meet people’s needs for function and intelligence. Data fusion of multiple sensors, such as MEMS inertial sensors, MEMS environmental sensors, MEMS optical sensors, and even biosensors, will become the trend of sensor applications in the new era.

The traditional mechanical gyroscope mainly uses the principle of conservation of angular momentum, that is, for a rotating object, the direction of its rotation axis will not change with the rotation of the support bearing it. MEMS gyroscopes mainly use the principle of Coriolis force (the tangential force that a rotating object receives when it moves radially). The disclosed micromechanical gyroscopes adopt the concept of sensing angular velocity of vibrating objects and use vibration to induce and detect Coriolis force.

The core of MEMS gyro sensor is a micromachined mechanical unit, which resonates according to a tuning fork mechanism and converts the angular rate into the displacement of a specific sensing structure through Coriolis force principle. Taking a single axis offset (yaw) gyroscope as an example, the simplest working principle is discussed through the graph.

Two identical masses oscillate horizontally in opposite directions, as shown by the horizontal arrow. When an angular rate is applied externally, a Coriolis force will appear, and the direction of the force is perpendicular to the direction of mass movement, as shown by the vertical arrow. The generated Coriolis force displaces the sensing mass, and the displacement is proportional to the applied angular rate. Because the moving electrode (rotor) of the sensing part of the sensor is located at the side of the fixed electrode (stator), the displacement on the top will cause capacitance change between the stator and the rotor. Therefore, the angular rate applied at the input part of the gyroscope is converted into an electronic parameter – capacitance that can be detected by a special circuit.

Of course, MEMS gyroscope also has other functional modules, such as self-test circuit, low power consumption and motion wake-up circuit.

The main performance parameters of MEMS gyroscope are described below.

Sensitivity (resolution) refers to the increment of the minimum input angular rate that can be perceived under the specified input angular rate, such as 0.05 degree / sec / LSB. Generally speaking, the larger the measurement range of MEMS gyroscope, the lower the sensitivity.

The nonlinearity is the ratio of the maximum deviation and the maximum output of the gyroscope output relative to the straight line fitted by the least square method within the range of the input angular rate, which represents the deviation degree of the actual input and output data of the gyroscope and determines the reliability of the fitting data.

Zero bias refers to the output of the gyroscope in the zero input state, which is expressed by equivalent conversion of the average value of the output in a long time into the input angular rate, that is, the dispersion of the observed value around the zero bias, for example, 0.005 degree / sec means that it will drift 0.005 degree per second. The long-time steady-state output under zero input state is a stable stochastic process, that is, the steady-state output will fluctuate and fluctuate around the mean value (zero bias), which is customarily expressed by mean square deviation, which is defined as zero bias stability. The initial zero bias error can be understood as a static error, which will not fluctuate with time and can be calibrated by software.

When the gyroscope is in the zero input state, the falling output signal is the superposition of white noise and slowly varying random function. The diffuse random function can be used to determine the zero bias and zero bias stability index. The white noise is defined as the standard deviation of the equivalent rotation angular velocity under the square root of the unit detection bandwidth, in (degree / sec / √ Hz or degree / HR / √ Hz). This white noise can also be expressed by the angle random walk coefficient in the unit of degree / √ Hz. The random walk coefficient refers to the gyro output error coefficient accumulated over time caused by white noise. When the external conditions are basically unchanged, it can be considered that the main statistical characteristics of various noises analyzed above do not change with the passage of time.

Bandwidth refers to the frequency range within which the gyroscope can accurately measure the input angular rate. The larger the range, the stronger the dynamic response capability of the gyroscope.

The self-test function automatically tests the mechanical and CMOS circuit parts of the device before use to provide system robustness.

Impact survivability refers to the ability of the gyroscope to withstand acceleration impact in different degrees. For example, the gyroscope ensures the normal operation of the system after the impact of 2000g acceleration. Considering that the application environment of the gyroscope may receive a large impact, this indicator is particularly important. Generally, the gyroscope will hang up when the acceleration exceeds its bearing range, and it must be restarted and powered on before it can work normally.

The package error is the angle between the die diagonal and the package diagonal. Ericco provides navigation level MEMS Gyro and north seeking level MEMS gyro sensor. If you want more technical information about gyro sensor, please feel free to contact us.