MEMS sensors are used in the aerospace field and require adaptation to different space environments, including: vacuum, electromagnetic radiation, high-energy particle radiation, plasma, micrometeoroids, planetary atmosphere, magnetic and gravitational fields, etc., as well as the operation of certain systems in spacecraft. The induced environment generated by time or under the action of space environment, for example, the vibration and impact environment caused by orbital control thruster ignition and solar battery wing extension; the induced magnetic field generated by the movement of magnetic materials and current loops on the spacecraft in the space magnetic field; Molecular pollution caused by the deposition of organic materials on other parts of the spacecraft. 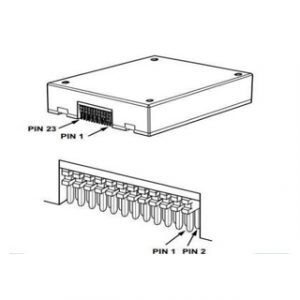 There are five main uses of MEMS sensors in the aerospace field:

①Provide working information about the spacecraft and play a role in fault diagnosis;

②Judging the coordination of work among the sub-systems and verifying the design plan;

③Provide the information required for the system-wide self-inspection, and provide the basis for the commander’s decision-making;

④Provide the internal test parameters of each sub-system and the whole machine to verify the correctness of the design.

⑤Monitor the internal and external environment of the aircraft, provide the necessary living conditions for the pilots and astronauts, and guarantee the normal flight parameters.

The miniature inertial measurement unit (MIMU) manufactured with MEMS technology has no rotating parts and is much better than conventional inertial instruments in terms of life, reliability, cost, volume and quality. The standardized, high-performance spacecraft attitude measurement instruments produced are better in performance, cheaper in price, and can be used on aerospace platforms. The use of ERICCO MIMU devices can greatly reduce the weight of the device, its low price, small size, and light weight make MEMS inertial navigation systems play an important role in aerospace equipment, like High Performance MEMS IMU ER-IMU-M02.

The aerospace industry integrates contemporary advanced manufacturing technology, information technology and material technology. The requirements for sensors are getting higher and higher. The development direction of MEMS sensors is multi-function, miniaturization, intelligence, and integration. With the further improvement of product reliability. With the reduction of prices and the continuous maturity and improvement of manufacturing technology, the application of MEMS sensors in the aerospace field will replace traditional sensors in a wider range.