The laser gyro is mainly based on the Sagnac effect. Self-propelled guns, chariots, planes, spacecraft, missiles, satellite satellites, submarines and ships … These devices all require gyroscopes to determine east-west, north-south and determine the upper and lower. In recent years, with the rapid development of optoelectronic technology, the new type of laser gyro, which integrates light, machine and electricity, has been rapidly developed and widely used in land, sea, sky and other fields. Ring laser Gyro is also known as the vast sky “positioning artifact.” 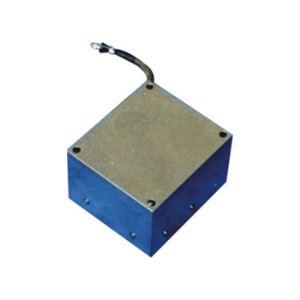 Corresponding to different uses, there are many kinds of laser gyroscope, can generally be divided into indicating gyroscope and sensing gyroscope. The gyroscope is used as a pilot and pilot instrument while in motion, and the gyroscope can be used in automatic control systems for moving objects. To ensure the normal operation of compass and autopilot, more than 10 gyroscopes are used in a typical aircraft. Hubble Space Telescope and the International Space Station system also extensive use of laser gyro to determine their own position. In addition, the laser gyro can be divided into three degrees of freedom gyro, two degrees of freedom gyro, rate gyro, integral gyro, unconstrained gyro, etc., depending on the number of frames and the type of work. These gyroscopes together with mechanical gyroscopes, fiber optic gyroscopes, free-wheeling gyroscopes, vibratory gyroscopes and the like make up the “big family of gyroscopes” and thus play a huge role in various modules and various application fields.