Application of Gyroscope in Electronic Compass 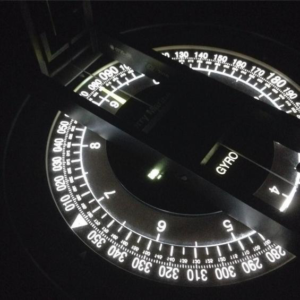 Electronic compass, also known as digital compass, is a method of using the geomagnetic field to determine the North Pole, and has been widely used as a navigation instrument or attitude sensor. It was called compass in ancient times, and the magnetoresistive sensor produced by modern advanced processing technology provides a powerful help for the digitization of compass. Nowadays, electronic compasses are generally processed by chips such as magnetoresistive sensors or fluxgates. It can be used in horizontal and vertical hole measurement, underwater exploration, aircraft navigation, scientific research, education and training, building positioning, equipment maintenance, navigation systems and other fields.

The gyro compass is a three-degree-of-freedom gyroscope for finding and tracking the geographic meridian plane for navigation and flying objects as a direction reference. The main components of the compass hardware are divided into five parts, the first is the magnetometer module (to measure the magnetic field around the compass), the second is the accelerometer module (to measure the acceleration of the compass), the third is the gyroscope module (to measure the angular velocity of the compass), and the fourth is the MCU Module (after receiving the signal, perform angle calculation, coordinate conversion, system error compensation, etc., so as to obtain the attitude parameters of the compass, and output the data to the host computer), the fifth is the serial port conversion module (can convert the signal into interface mode and communicate with the computer). The outer ring shaft is vertical, the rotor shaft is placed horizontally in the meridian plane, and the positive end points to the north; its center of gravity deviates from the support center downward or upward along the vertical axis. When the rotor axis deviates from the meridian plane and deviates from the horizontal plane at the same time, a gravitational moment is generated to make the gyro enter the meridian plane. This kind of gyrocompass using the gravitational moment is called a pendulum compass. In the 21st century, the electronically controlled gyro compass used an automatic control system to replace the gravitational pendulum, and a platform compass that can indicate the horizontal and meridian planes was created.

The accelerometer in the gyrocompass can obtain the attitude angle through three-axis data. Although the static stability has advantages, the dynamic effect is relatively poor; the gyroscope can obtain the attitude angle through the angular velocity integral, and the dynamic response has advantages. Therefore, based on the Kalman filter, the acceleration and gyroscope are integrated and calculated, and the optimal estimated attitude angle is obtained to compensate the tilt angle. At the same time, because the gyroscope and acceleration are used for fusion, the measurement of dynamic and static angles can be realized, so that the compass can be used in dynamic and static situations. ERICCO’s MEMS gyroscope ER-MG2-100 can meet the high precision and static stability requirements of gyrocompass.

2) The compensated data is filtered in frequency domain or time domain to filter out impurity data.

3) The roll, pitch, and yaw values are obtained through the Kalman filter fusion algorithm.

4) The gyro compass starts 360° plane calibration, and the calibrated value is communicated to the host computer through the serial port.