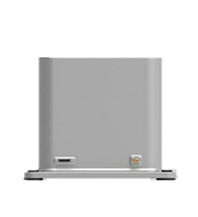 The north finder is a kind of compass, which is used to find the true north direction value of a certain location. Gyro north finder, also known as gyro compass, is an inertial measurement system that uses the principle of gyro to determine the projection direction of the earth’s rotation rate on the local horizontal plane (ie true north). Its north-seeking process requires no external reference.

In addition to being restricted by high latitudes, its north-seeking measurement is not affected by weather, day and night time, geomagnetic field, and site visibility conditions. The gyro north finder is a kind of precision inertial measurement instrument, usually used to provide azimuth reference for artillery, surface-to-surface missiles and ground radars and other mobile weapon systems. Such as Ericco’s ER-FNS-02 High Precision FOG North Seeker (0.02°-0.1°) is mainly used in static initial alignment of missile launch, weapon targeting and direction control of radar, antenna and armored vehicle, also can be used for coal mining, oil drilling, tunnel construction and geodesy.

According to the type of gyroscope used, the gyroscope north finder can be divided into the following three types:

What is the working principle of the fiber optic gyroscope? Fiber Optic Gyroscope (FOG) is a new all-solid-state gyroscope based on the Sagnac effect. It is an inertial measurement element without mechanical rotating parts. It has the advantages of impact resistance, high sensitivity, long life, low power consumption, and reliable integration. It is an ideal inertial device in the new generation of strapdown inertial navigation system. 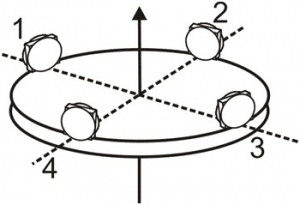 Previous News
Development Status of China’s MEMS Industry
Next News
What Is a MEMS Sensor?
Menu