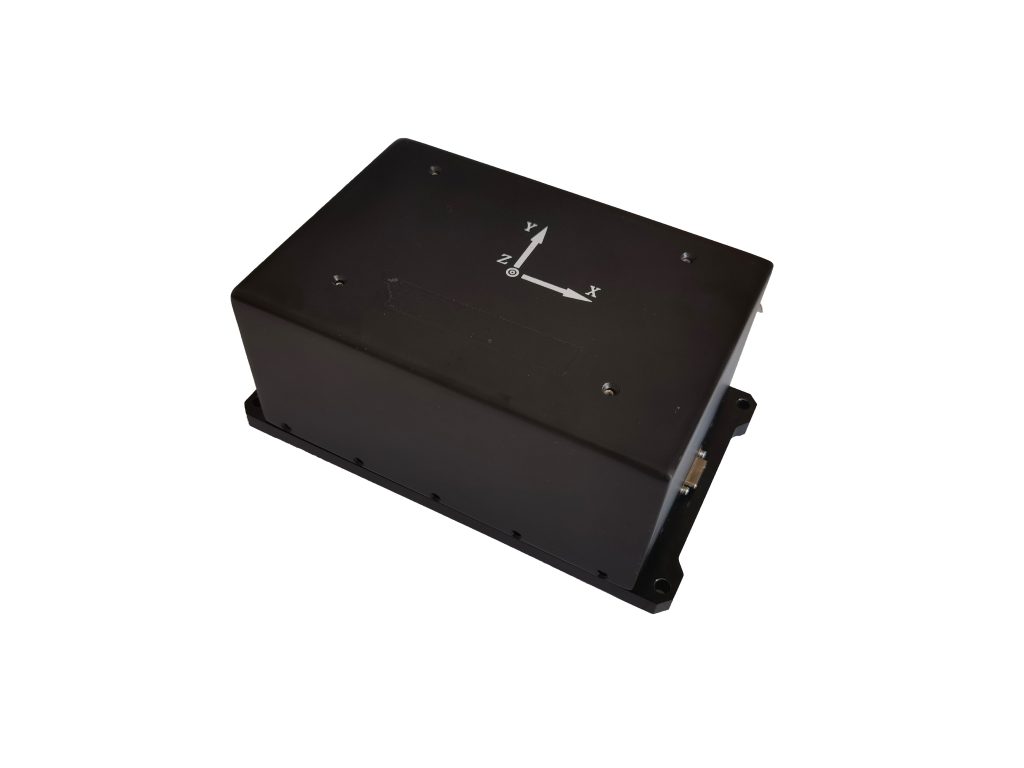 A north finder is a type of compass, which is used to find the true north value of a location. Gyro north finder, also known as gyro compass, is an inertial measurement system that uses the principle of gyro to determine the projection direction of the earth’s rotation angular rate on the local horizontal plane (ie true north). Its north-seeking process requires no external reference. In addition to being limited by high latitudes, its north-seeking measurements are not affected by weather, day and night time, geomagnetic field and site visibility conditions. A gyro north finder is a precision inertial measurement instrument that is commonly used to provide azimuth reference for oil drilling, geodetic surveying, and ground-based radar. According to the type of gyro used, gyro north finders can be divided into the following three types:

In the north-finding application based on fiber optic gyroscope, most of the methods used are to rotate the FOG by a fixed angle, and calculate the angle relative to the north direction by determining the offset. In order to point north accurately, the drift of the FOG must also be eliminated. Generally, a rotating platform is used as shown in Figure 1, and the fiber optic gyroscope is placed on the moving base, the plane of the moving base is parallel to the horizontal plane, and the sensitive axis of the fiber optic gyro is parallel to the plane of the moving base. When starting to seek north, the gyro is in position 1 and the gyro sensitive axis is parallel to the carrier. It is assumed that the angle between the initial direction of the FOG sensitive axis and the direction of true north is α. The output value of the gyro at position 1 is ω1; then the base is rotated 90°, and the output value of the gyro measured at position 2 is ω2. Rotate 90° twice in turn, and turn to positions 3 and 4, respectively, to obtain angular velocities ω3 and ω4. 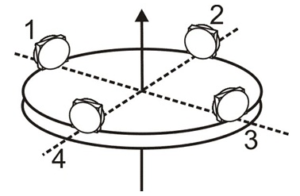 The heading angle can be calculated through ω1, ω2, ω3, and ω4. Using this method to measure, the zero offset of the gyro can be eliminated, and the latitude value of the measurement location is not required. If the latitude of the measurement location is known, the heading angle can be obtained by simply measuring two positions 1 and 3 (or 2 and 4).