How to Choose an Inertial Sensor – the Choice of a Gyroscope 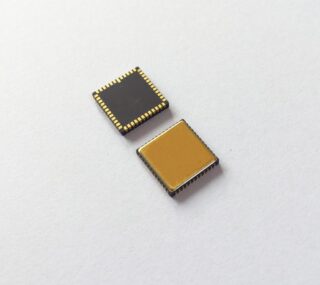 Marine-class inertial navigation systems are the highest level of commercially available sensors, used on ships, submarines, and occasionally on spacecraft. The system can provide an unassisted navigation solution with a drift of less than 1.8km/day. These sensors cost up to $1 million.

Tactical-grade and industrial-grade sensors are the most diverse of the three categories, addressing a variety of performance and cost scenarios, and the market opportunity is enormous. This category is used in many applications that require high-performance data at low cost for mass production, commonly found in autonomous lawn mowers, delivery robots, drones, agricultural robots, mobile industrial robots, and autonomous ships. While the cost is lower, buyers pay for accuracy, performance, size and quality.

In the commercial market, the lowest grade of IMUs is called automotive grade. These sensors are usually sold as separate accelerometers or gyroscopes. Many companies have started combining multiple accelerometers and gyroscopes from different manufacturers to create independent IMU units. Even when integrated with other navigation systems such as GPS, automotive-grade IMUs are not accurate enough for inertial navigation. These sensors are commonly used in suspension systems, airbags, anti-lock braking systems, entertainment systems and other similar applications.

Here are some indicators to pay attention to in the selection process of gyroscope:

The smaller the angle error between the die diagonal and the package diagonal, the better.

Zero bias refers to the output of the gyroscope in the zero input state, which is expressed by equivalently converting the mean value of the output for a long time to the input angular rate, that is, the degree of dispersion of the observation value around the zero bias, such as ER-MG2 of ERICCO Company -400, 0.05 degree/hr means drift 0.05 degree per hour.

The long-term steady-state output in the zero-input state is a stationary random process, that is, the steady-state output will fluctuate and fluctuate around the mean (zero-bias), which is customarily represented by the mean square error, which is defined as the zero-bias stability. The initial zero bias error can be understood as a static error, which does not fluctuate with time and can be calibrated by software.

When the gyro is in the zero input state, the output signal of the gyro is the superposition of white noise and slowly varying random functions. Its slowly varying random function can be used to determine the zero bias or zero bias stability index. White noise is defined as the standard deviation of the equivalent rotational angular rate under the square root of the unit detection bandwidth, in units (°/sec)/√HZ or (°/hr) /√Hz. This white noise can also be represented by an angle random walk coefficient in units of °/√hr, which refers to the gyro output error coefficient accumulated at random time generated by white noise. When the external conditions are basically unchanged, it can be considered that the main statistical characteristics of the various noises analyzed above do not change with the passage of time.

The gyro can accurately measure the frequency range of the input angular rate. The larger the range, the stronger the dynamic response of the gyro.

Very low-cost gyroscopes are typically designed with extremely simple and compact mechanical systems and are not optimized for vibration resistance (it is optimized for cost), so vibration can have serious effects. The g-sensitivity above 100°/h/g is not surprising, which is more than 100 times worse than the high-performance MEMS (micro-mechanical) gyroscope ER-MG2-400! For this gyroscope, the quality of the zero-bias stability is not It doesn’t make much sense, the slight rotation of the gyroscope in the earth’s gravitational field will cause huge errors due to its sensitivity.

Of course, in some practical applications, many people will add a mechanical anti-vibration component to the device, and the design of the anti-vibration component is not a simple matter, because its response in a wide frequency range is not flat, and at low frequencies It is particularly poor, and its damping properties vary with temperature and time of use.

Therefore, in most applications, the vibration resistance is a very critical indicator in the selection process of the gyroscope.

The following table lists the approximate range of key parameters of gyroscopes for different grades of use: