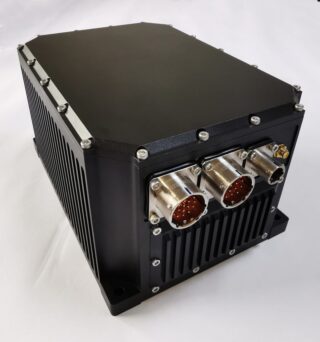 Once upon a time, travelers were satisfied with the simplest location-determining devices, but over time, as the distance and speed of travel increased, so did the demands on navigation devices. Radar has been replaced by satellite navigation, but it still has its weaknesses – dependence on satellites, susceptibility to jamming and suppression. Therefore, the autonomous inertial navigation systems developed in the second half of the 20th century have great potential and continue to develop.

How is an inertial navigation system arranged and works, and what helps it not depend on Earth’s landmarks and the vagaries of nature?

Inertial Navigation Systems (INS) are currently the only autonomous means of determining the position and orientation of objects in space without relying on external sources of information. Similar systems are used in aviation, aerospace, ships and submarines, unmanned and robotic devices. With the help of INS, moving objects can determine their position, orientation and velocity with high accuracy without satellite communications. Also, unlike common GPS navigation, inertial systems are more resistant to jamming and interception.

INS equipment can be divided into two key elements: the measurement equipment that collects the data and the navigation computer that processes the information. Gyroscopes and accelerometers are responsible for the measurements in the INS. Gyroscopes – which can be mechanical or laser-determine the angle of an object relative to three main axes: pitch, yaw and roll. The accelerometer reads linear acceleration. INS can complement other sensors, such as magnetometers or barometric altimeters that measure magnetic fields.

In a simplified form, the work of ER-FINS-70 can be expressed as follows. Initial data is loaded into the initial information input block for calibrating the orientation of the navigation system and inertial sensors. This data then goes into measurement blocks, calculation blocks, and time blocks that are synchronized with world time. During the movement, the measurement unit records the changes in the parameters, on the basis of which the calculation unit determines the speed and coordinates of the object and transmits them to the control system.

The most important parameter in the operation of ER-FINS-70 is the frame of reference. It provides the initial direction from which to start navigating. Roughly speaking, the reference system tells the device each time where is the right, where is the left, where is the top, where is the bottom, and where the movement starts. An astronomical object, the Earth or the horizon can be used as a reference system, or it can be arbitrary.

Although the accuracy is quite high, inertial navigation systems also have their drawbacks. The weakness of artificial neural networks is the measurement error that accumulates in the information received from the instrument over time—so-called drift. As the navigation computer adds up each measurement to see how the position has changed from previous estimates, small errors add up over time and the overall estimate becomes less and less accurate. To correct for such errors, inertial systems are often equipped with GPS sensors.