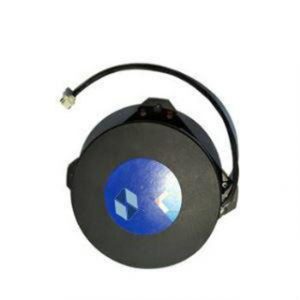 Zero bias is the output of the gyroscope when the input angular velocity is zero (ie the gyro is stationary), expressed by the equivalent input angular velocity corresponding to the average value of the output measured within a specified time, ideally the component of the earth’s rotation angular velocity. Zero drift is the zero bias stability, which means that when the input angular rate is zero, the discrete degree of the gyroscope output around its zero bias mean is expressed by the equivalent input angular rate corresponding to the standard deviation of the output within a specified time. Zero drift is the most important and basic indicator to measure the accuracy of fiber optic gyroscope. The main factor producing zero drift is the non-reciprocal phase shift error introduced within the fiber coil by ambient temperature changes distributed along the fiber. Usually, in order to stabilize the zero drift, it is often necessary to perform temperature control or temperature compensation on the FOG. In addition, polarization will also have a certain impact on zero drift. In FOG, polarization filtering and polarization-maintaining fibers are often used to eliminate the effect of polarization on zero drift.

It is a technical index that characterizes the white noise of the angular velocity output in the fiber optic gyroscope. It reflects the uncertainty accumulated over time of the angular velocity integral output by the fiber optic gyroscope, so it can also be called angular random walk. The random walk coefficient reflects the development level of the gyroscope, and also reflects the minimum detectable angular rate of the gyroscope. This error mainly comes from random spontaneous emission of photons, noise and mechanical jitter introduced by photodetectors and digital circuits.

(1) There are few parts, the instrument is firm and stable, and it has strong anti-shock and anti-acceleration ability;

(2) The wound fiber is longer, which improves the detection sensitivity and resolution by several orders of magnitude compared with the laser gyroscope;

(3) There are no mechanical transmission parts, there is no wear problem, so it has a long service life;

(4) It is easy to use the integrated optical circuit technology, the signal is stable, and the digital output can be directly used and connected with the computer interface;

(5) By changing the length of the optical fiber or the number of cyclic propagations of light in the coil, different precisions can be achieved and a wider dynamic range can be achieved;

(6) The propagation time of the coherent beam is short, so in principle, it can be started instantly without preheating;