Analysis of the main performance parameters of MEMS gyroscope 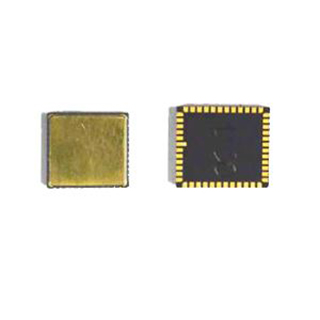 The scale factor (scale factor) is the ratio of the output of the gyroscope to the angular rate of the input. This ratio is represented by the slope of a specific straight line, which is obtained by least squares fitting based on the input and output data measured over the entire input angular rate range.

Zero bias, also known as the accuracy of the gyroscope, refers to the output of the gyroscope in the zero input state. It is represented by the equivalent conversion of the mean value of the output over a longer period of time to the input angular rate, that is, the degree of dispersion of the observed value around the zero deviation. For example, 0.005 degree/sec means that the deviation will be 0.005 degree per second. The long-term steady-state output in the zero-input state is a stationary random process, that is, the steady-state output will fluctuate and fluctuate around the mean (zero-bias), which is customarily represented by the mean square error, which is defined as the zero-bias stability. The initial zero bias error can be understood as a static error, which will not fluctuate with time and can be calibrated by software. Ericco’s ER-MG2-100 and ER-MG2-300/400 are currently ERICCO’s highest precision MEMS gyroscopes, and their bias stability (Allan variance) is only 0.02°/h and 0.03°/h.

When the gyroscope is in the zero input state, the shedding output signal is the superposition of white noise and slowly varying random functions. Diffuse random functions can be used to determine bias and bias stability metrics. White noise is defined as the standard deviation of the equivalent rotational angular velocity at the square root of the unit detection bandwidth, in units (degree/sec/√Hz or degree/hr/√Hz). This white noise can also be represented by an angle random walk coefficient in degrees/√Hz. The random walk coefficient refers to the gyroscope output error coefficient accumulated over time generated by the white noise. When the external conditions are basically unchanged, it can be considered that the main statistical characteristics of the various noises analyzed above do not change with the passage of time.

Bandwidth refers to the frequency range over which the gyroscope can accurately measure the input angular rate. The larger the range, the stronger the dynamic response capability of the gyroscope.

The self-test function automatically tests the mechanical and CMOS circuit parts of the device before use to provide system robustness.

Package error is the angle between the die diagonal and the package diagonal.