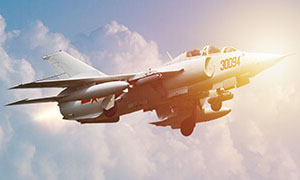 An Inertial Navigation System (INS) is a navigation system that calculates velocity, gravitational force and directional orientation of a moving object. It is a computer-based mechanism that primarily includes motion sensors, accelerometers and gyroscopes. The gyroscope measures the angular velocity of an object such as drones, ships and aircraft using sensors, whereas the accelerometer measures the degree of change in their speed. Based on these derivations, the object’s direction and relative position are estimated. The INS finds extensive applicability in the production of guided military weapons and commercially produced games, cameras, computers and medical appliances.

The growing demand for Unmanned Underwater Vehicles (UUV) is the key factor driving the growth of the market. UUVs are extensively used in oil and gas explorations, scientific research and defense weaponry that require high precision to function. In the defense sector, they are used for deactivating underwater mines, counterattacking, port security and hull inspection. In scientific research, underwater drones assist in oceanographic studies for the mapping of the ocean bed. Furthermore, with the rising oil consumption across the globe, UUVs are increasingly being used for oil rig constructions, pipeline inspections, and maintenance activities, thereby fueling the demand for the product.

Additionally, the thriving aerospace sector is another factor contributing to the growth of the market. Advancements in space research and increasing satellite launches have enhanced the utilization of these navigation systems that are necessary to measure the velocity and altitude of an object accurately. Moreover, various technological advancements such as the introduction of light-powered and compact-sized navigation systems, which utilize ring laser gyro (RLG) and fiber optic gyro (FOG), are also creating a positive outlook for the market.