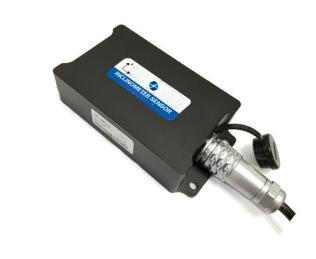 In May 2017, the C919 large passenger aircraft developed by COMAC made its maiden flight at Shanghai Pudong International Airport, becoming a landmark project for my country to build an innovative country and enhance its high-end equipment manufacturing capabilities. With the successful test flight of the passenger aircraft, how to further improve the assembly efficiency and accuracy of the large aircraft has become an important topic that engineers are concerned about.

As a large-scale precision equipment, in the manufacturing process of large aircraft, the slight vibration and deformation of the workshop and equipment will lead to the decline of product accuracy or even scrapping. Strictly controlling the processing progress of the whole process has become the top priority.

For a long time, the assembly of large aircraft in our country uses the frame to assemble the fuselage firmware. Due to the uneven force on the rails on both sides of the frame, the degree of ground subsidence is different. When assembling, it needs to be calibrated with a laser, which usually takes 1 It will take 2 days to complete, and the data cannot be updated in real time, and the frame cannot be adjusted in real time, which will greatly affect the production efficiency of large aircraft.

In this regard, after repeated program demonstration, testing and verification, COMAC’s C919 project has recently adopted the Internet of Things system for automatic monitoring of large aircraft manufacturing processes based on multi-sensor fusion. The system can sense subtle changes in the environment in real time with the help of inclination sensors, and guide the improvement of assembly accuracy.

Compared with the existing single laser monitoring mode, the new system comprehensively utilizes sensing technologies such as ultra-high-precision inclination sensors, sedimentation meters, temperature and humidity sensors, etc., which can grasp the subtle changes in the assembly process in real time, and continuously accumulate the generated data with the help of data. Model, guide engineers to quickly find hidden dangers and eliminate them.

Among them, the MEMS (Micro-Electro-Mechanical System) attitude sensor used in the new system measures the horizontal inclination angle of the tooling skeleton, which can reach the precision standard of the laser rangefinder. Combined with the compensation scheme of the adjustment mechanism, the tooling of the large aircraft can be reset in a very short time. To the better state of the previous regular inspection, so as to improve the efficiency of the regular inspection of the tooling.

In addition, the new system is also equipped with a high-precision hydraulic static level on the entire large aircraft frame assembly platform, which is mainly used to measure the level change of the entire system relative to the stable reference point, and then use its built-in automatic compensation and filtering algorithm. Reduce errors caused by environmental changes.

At present, this multi-sensor fusion system has shown good application potential in high-end manufacturing fields such as automobiles, ships, and robots.