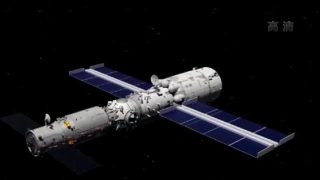 According to the China Manned Space Engineering Office, the tianzhou-2 cargo spacecraft completed all the established tasks of the space station assembly stage and evacuated the space station core module assembly at 15:59 Beijing time on March 27.

Tianzhou-2 is the first cargo spacecraft launched in the key technology verification stage of China’s space station. It was launched into orbit at Wenchang launch site in Hainan on May 29, 2021, sending 6.8 tons of supplies to the space station. During the in orbit operation of tianzhou-2 spacecraft, a series of extended application tests were carried out. At present, the tianzhou-2 spacecraft is in good condition, and it will choose a plane to re-enter the atmosphere under ground control.