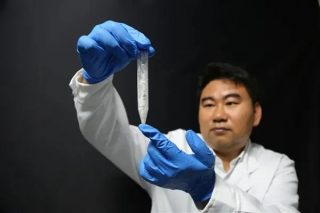 Starch is the main carbohydrate in porridge and is a major component of flour and grains like rice and maize, as well as an important industrial raw material. It is synthesized by plants through photosynthesis. Researchers have been working for a long time to improve photosynthesis in the hopes of increasing the efficiency of carbon dioxide conversion and absorption of light to increase starch production.

Chinese scientists from the Tianjin Institute of Industrial Biotechnology, which is part of the Chinese Academy of Sciences, have developed a new method to create starch from scratch using carbon dioxide, hydrogen and electricity, rather than photosynthesis. The study was published in the journal Science in September. This technique may revolutionize the production of starch, bringing it from the farm to the factory.