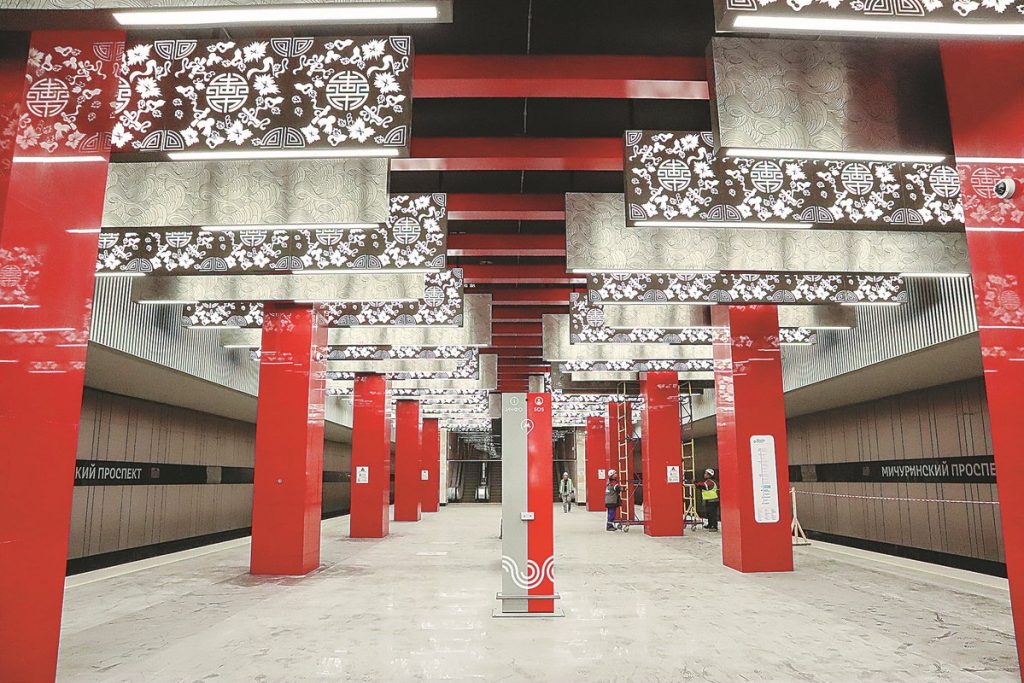 A new subway station in Moscow featuring a number of Chinese design elements will soon become another landmark for Sino-Russian friendship and cooperation.

China Railway Construction Corp has completed construction of the Michurinsky Prospekt station in the southwest of the Russian capital, and it will officially open before the end of the year.

The station and the other two on the southwestern section of the Moscow Metro－Prospekt Vernadskogo and Aminevskaya－stand on the third transfer line of the city’s subway system. This route, known as the Great Ring Line, was also built by CRCC, and was the first European subway project designed by a Chinese company. 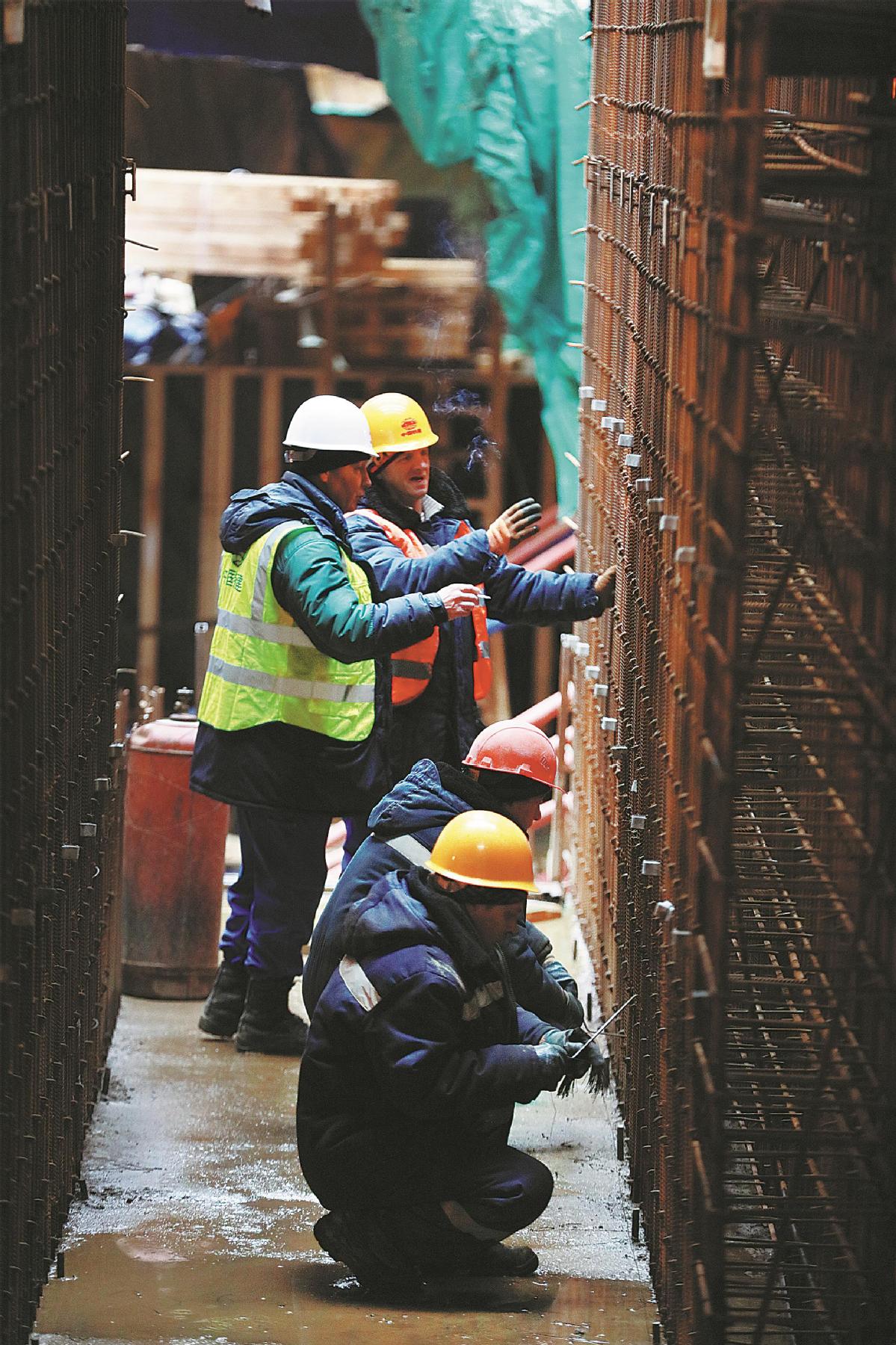 In tribute to the Chinese constructors and friendship between China and Russia, Chinese-style designs have been adopted for the platform at the new station, including cloud-shaped lamps, red pillars and a suspended ceiling.

The dominant color of the platform design is red, and it also features plum blossom and The Eight Immortals－a group of well-known figures in Chinese folklore and Taoism.

The lamps are decorated with auspicious clouds, while the suspended ceiling is in the form of a Chinese checkerboard. As soon as the design proposal was announced, it won a high degree of acclaim from local governments and design management agencies.

According to the designers, the style adopted for the new station is “unique and consistent”, while the overall concept is modern, with geometric patterns and lines forming the main section, and the exterior decorated with colored glass and metal panels.

Photos of the Chinese-style subway platform have appeared on social media platforms, and Russians are eager to see the new station for themselves. Instagram users and social media broadcasters have even created groups to visit the facility after it opens to the public.