The Composition of Satellite Navigation and Positioning

GPS full name is the global satellite positioning system, the United States from the 1970s began to develop, which lasted more than 20 years, cost 20 billion US dollars, in 1994 fully built, all-round real-time three-dimensional navigation and positioning capabilities of the satellite navigation and positioning system, With global coverage, continuous work,high-precision features. GPS by the space part of the ground monitoring part and the user part of the three parts. 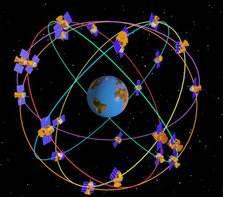 In order to maintain the operation of GPS, GPS space part of at least 24 satellites in orbit, they are located 200 km away from the surface above 20 km, evenly distributed in the 6 orbital surface (4 per track surface), the track inclination of 55 °. In addition, there are four active backup satellites in orbit. The distribution of satellites allows geometrical images of more than four satellites to be observed anywhere in the world, at any time, and to maintain good positioning accuracy. As of March 9, 2016 GPS constellations a total of 31 GPS satellites in orbit.