The gyroscope is a sensor that senses the spatial attitude, and is the core element for controlling the balance of the car, judging and adjusting the attitude.

Pitch angle (the tilt angle of the front of the car around the Y axis),

The heading angle (the rotation angle of the body around the Z axis),

Roll angle (the angle the side wheel lifts around the X axis).

The main functions of the gyroscope in the racing smart car are as follows: 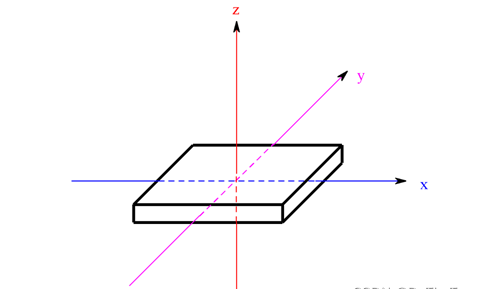 Integration always introduces error, which increases over time. In addition, the gyroscope also has a zero drift phenomenon, that is, when the car is stationary, it will output a non-zero angular velocity value. The offset value needs to be recalibrated every time the power is turned on, or it needs to be calibrated regularly. Subsequent detection can be eliminated by subtracting the offset value. this error.

The acceleration returned by the accelerometer is not an acceleration in the general sense. The accelerometer is equivalent to a spring system with a weight in the middle and springs in all directions supporting it. When laying flat on the table, some springs are stretched and some are flattened. When changing, different springs are compressed differently, thereby detecting forces in different directions. So actually standing still also produces an “acceleration” value due to gravity. Note that this “acceleration” is not stable, because the acceleration generated by the swing of the car model itself will generate a large interference signal, so it is not appropriate to rely too much on this value.

Only the accelerometer can be used to get the pitch angle of the body, and it is the absolute angle to the ground. In the swing accelerometer, the gravitational acceleration component of the corresponding axis changes, and the change of the angle can be obtained by using the inverse trigonometric function.