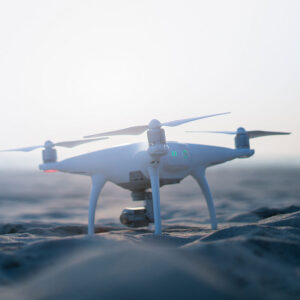 At the scene of the high-rise fire, a multi rotor UAV with sci-fi shape broke through the air and hovered, aimed and fired outside the window of the fire floor. The fire bomb broke the window, and the fire extinguishing agent filled the fire scene.

The above scenario occurred in the UAV fire extinguishing test recently carried out by the second department of the second academy of aerospace Science and industry of China. After evaluation, the indoor fire was effectively extinguished.

The UAV unveiled this time carries two “cannons” on its shoulders. Its shape is very sci-fi, much like transformers in the film. However, Cybertron is not its hometown. It was developed by the technical team of the second simulation company of the second academy of engineering.

This UAV fire extinguishing system is composed of command vehicle, multi rotor UAV and airborne fire bomb. According to Yang Xingguang, its technical director, the system has the functions of intelligent positioning, automatic aiming, accurate window breaking and no fragment throwing, which can effectively extinguish or suppress the initial fire. This UAV technology is at the leading level in China. The research and development unit has complete intellectual property rights and has formed more than 20 patents related to UAV fire extinguishing.