More than 50 Space Launches are Planned for 2022 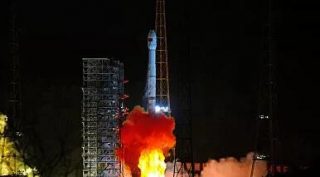 Science and technology daily, Beijing, March 3 (reporter Fu Yifei) – the reporter learned from China Aerospace Science and Technology Group on March 3 that the group plans to arrange more than 50 Aerospace Launch missions and launch more than 140 spacecraft in 2022, and the number of launches will reach a new high.

In terms of the manned space station project, six major launch missions will be completed this year, including two cargo spaceships Tianzhou 4 and Tianzhou 5, two manned spaceships Shenzhou 14 and Shenzhou 15, as well as the launch of sky inquiry experimental module I and dreamsky experimental module II, and the implementation of on orbit rendezvous and docking, extravehicular activities and spacecraft return missions, so as to fully complete the space station.

In addition, the annual launch plan also includes many commercial launch missions such as beijing-3b satellite and zhongzi satellite constellation 03 satellites, so as to provide all kinds of customers with fast, stable and reliable “one-stop” launch services, meet the market demand for micro satellite launch, and promote the sustainable and healthy development of China’s commercial aerospace.

Li Hong said that with the vigorous development of China’s aerospace industry, the high-quality completion of increasingly heavy space missions poses new challenges to the group. As a high-risk undertaking, to be foolproof, aerospace must always be vigilant, continuously strengthen the “quality awareness, risk awareness and responsibility awareness” of all staff, pay close attention to the implementation of process quality control requirements with the work style of “strict, careful and practical”, comprehensively and deeply identify all kinds of potential risks and weak links and make continuous improvement, We should systematically promote the construction of aerospace Lean quality management system, consolidate the foundation of quality management, continuously improve the group’s ability to ensure the success of high quality, and ensure the successful completion of this year’s aerospace mission.