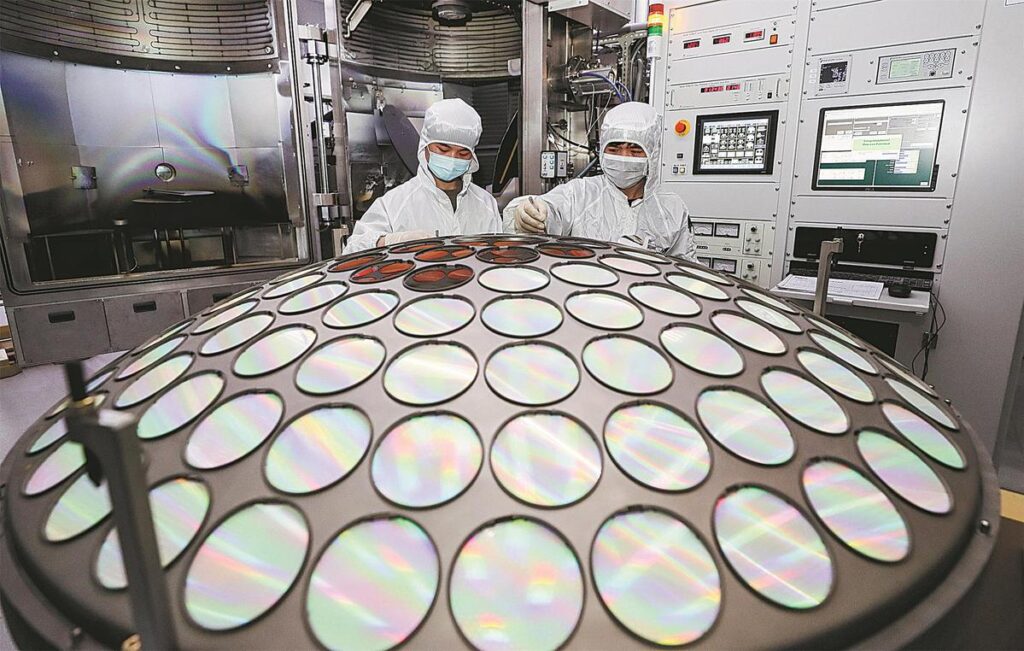 While the world is still struggling to cope with the long-term chip supply crunch, a report in the Korean media has exacerbated concerns that the geopolitically motivated chip alliance will further divide the global semiconductor industry chain and harm the interests of thousands of enterprises.

Business Korea, a South Korean online news publisher, recently reported that the US government proposed to establish alliances with semiconductor companies, including South Korea and Japan, to stop the Chinese mainland’s semiconductor industry.

But recent political attempts to encircle Japan and South Korea are unlikely to produce the results it wants. Business Korea quoted an anonymous industry source as saying that Seoul did not “fully accept” the proposal because the Korean chip giant Samsung Electronics and SK Hynix have invested billions of dollars in Chinese mainland’s key manufacturing facilities.

As the largest chip market in the world, Chinese mainland is an indispensable part of the global semiconductor industry chain. According to market research firm snow consulting, it consumes more than 50% of the world’s semiconductors, and then assembles these semiconductors into scientific and technological products, which are then exported or sold in the domestic market for final consumption.

Meanwhile, Chinese mainland is playing an increasingly important role in the global chip manufacturing layout. According to the data of the semiconductor industry association, it accounted for 11% of the global semiconductor manufacturing capacity in 2019. It is expected to reach 18% by 2025 and nearly 19% by 2030.

Against this background, it is not meaningful for the us to establish a chain alliance that excludes the Chinese mainland. The price will be too big to bear.

In addition, these measures will not consolidate the dominant position of us semiconductors, but will further worsen the protracted global chip supply dilemma and eventually bite us companies.

Experience has proved this. In the past, when the US government used semiconductor hegemony to attack Chinese technology companies such as Huawei and SMIC, it triggered a wave of panic hoarding of chips, resulting in a shortage of chips and damaging the interests of dozens of American enterprises. Chip companies such as Qualcomm and Intel.

This concern deserves special attention because the latest research by Susquehanna financial group shows that the global chip supply problem seems to have worsened recently. The waiting time for semiconductor delivery reached a new high in March. The delivery time, or the delay between chip ordering and delivery, increased by two days to 26.6 weeks from the previous month.

Splitting the global semiconductor industry to stifle chip development in Chinese mainland will only aggravate the supply squeeze of this chip. Washington should not turn a blind eye to the collateral damage that its economy may cause, as its automobile industry has already shown.

In a recent letter to U.S. Secretary of Commerce Gina ramondo, the American Chamber of Commerce said that the semiconductor industry is global and depends on open markets and supply chains all over the world. This is a fact that no one can change, and politicians should fully take this into account when drafting any semiconductor policy.