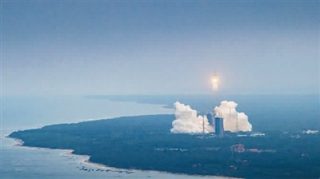 (Reporter Yu Jianbin) according to the China Manned Space Engineering Office, since 2021, China’s manned space engineering has successfully implemented five missions in the key technology verification stage of the space station. At present, the core module assembly is in stable operation in orbit, and the Shenzhou 13 astronauts are in good condition. It is planned to return to the ground in April this year. The key technologies for the construction of the space station have been fully verified, and the preparation for follow-up tasks has been solidly promoted.

Building a space station and solving the problem of large-scale and long-term manned space applications is the third step of the “three-step” development strategy of China’s manned space project. 2022 will be a decisive year for the construction of China’s space station. According to the mission arrangement, six flight missions will be organized and implemented this year, including the space station’s space module, dream module, cargo supply and manned flight. The on orbit construction of the space station will be completed and a national space laboratory with stable operation in orbit will be built. At present, the astronauts and crew carrying out two manned flights during the construction phase of the space station have been selected and are carrying out mission training.

China has always adhered to the principles of peaceful use, equality, mutual benefit and common development, and is committed to building the Chinese space station into an open platform for scientific and technological cooperation and exchange facing the international community. The first batch of space station application projects jointly selected by the China Manned Space Engineering Office and the United Nations Department of foreign space are expected to go up one after another this year and carry out the implementation of international cooperative experimental projects on the China space station.

It is understood that while carrying out the on orbit construction task of the space station, China is also carrying out key technology research and scheme deepening demonstration of manned lunar exploration.