Thought that the security business is the production of a variety of cameras; who knows, UAV monitoring of the rain, the security companies to push a new outlet. The 17th Shanghai International Public Security Products Fair (referred to as “Shanghai Anbo”) opened, the exhibition lasted three days, unmanned aerial device jammer into the show – a huge firearms form jammers, with a thick Sci-fi wind, known to interfere with UAV control links and navigation links, to drive away from the UAV or forced the purpose of landing, to ensure low-altitude airspace security. 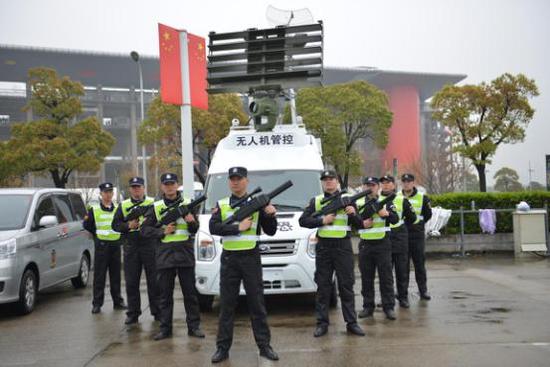