Some Questions about GNSS Antenna 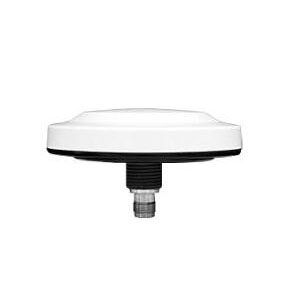 GNSS stands for Global Navigation Satellite System and is an umbrella term covering all global
satellite positioning systems, receivers and corresponding antennas. A GNSS antenna is designed to
receive radio signals transmitted on specific frequencies by satellites. The output of a GNSS antenna
is fed into GNSS receiver modules which can compute the position by triangulation.

Q. What performance and precision level should I consider when choosing a GNSS antenna?
A. GNSS antennas can operate in one or multiple bands, including GPS, GLONASS, BeiDou and GALILEO.
The more bands used simultaneously, the better the position can be determined. Antenna performance is
largely constrained by the laws of physics – the physical aspects of an antenna play an important role in its
performance parameters. When making your decision, it’s worth considering if the GNSS antenna will be
receiving signals in free space or will be used in blocked areas like downtown in larger cities.

Q. Will the size of my application/device and other design aspects and use cases affect the
performance of a GNSS antenna?
A. The size of a device and it’s ground plane can have a major impact on an antenna’s RF performance.
Oftentimes, the device becomes part of the antenna and the position and orientation of other components
within the device will affect the antenna’s ability to send and receive signal. In addition, the device might
not be always directed towards the sky but must operate in various and random orientations. In this case,
it’s worth looking for a more spherical omnidirectional antenna.

Q. Do I need an internal or external GNSS antenna?
A. Some devices may not allow you to use an internal GNSS antenna for various reasons such as internal
interference with other components, limited space, or usage a blocked location. In this case, an external
GNSS antenna would be needed, connected to the device by a coax cable and an RF connector.

Q. Why would I need a large and rather expensive antenna when small and inexpensive chip antennas
are available?
A. Small chip antennas are usually very much dependent on the ground plane and being linear polarized,
which is not usually an optimal fit to the circular polarized signal coming from satellites.

Q. What expertise exists to help me maximize antenna performance and minimize battery drain in my
device?
A. If you select a GNSS antenna based on the performance data listed on its datasheet, you must consider
that the RF performance within your device may be impacted by the device conditions (size, orientation,
other components). In cases like this, datasheet performance values might not apply anymore.
Components and materials in close proximity to the antenna can ruin RF performance, as can
electromagnetic interference from other parts of the device or coexisting antennas.