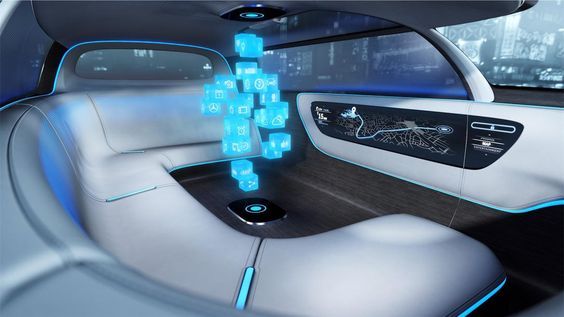 The autonomous driving system consists of three core parts: perception, decision-making and execution, of which perception is the premise of decision-making and execution. Among the many perception systems, the high-precision positioning system is mainly based on high-precision maps, and uses the inertial navigation system and the Global Navigation Satellite System (“GNSS”) to accurately determine the absolute position of the vehicle, which together constitute the automatic driving positioning and navigation system.

In complex environments and extreme weather scenarios, for example, in complex environments such as tunnels, urban canyons, underground garages, and multi-layer interactive interchanges, satellite signals are easily blocked or interfered, resulting in GNSS positioning failure; another example, in rainy and foggy weather, when driving at night, the influence of light and water vapor will also lead to errors in GNSS positioning, which may lead to traffic accidents such as side collision, retrograde, rear-end collision, etc., endangering the safety of the vehicle. When GNSS fails to locate effectively, the inertial navigation system will “step forward” to solve the positioning dilemma.

Inertial navigation and positioning, as a calculated navigation method, has the characteristics of anti-interference and good stability. Its principle is to calculate the position information of the carrier by measuring the acceleration and angular velocity. The multi-axis inertial measurement unit (IMU) of MEMS sensors such as instruments and accelerometers can ensure the stability and consistency of data output without information interaction with the outside world.

It is worth mentioning that, as a representative enterprise of high-performance MEMS gyro sensor chips, ERICCO has already laid out the related technologies of inertial navigation in autonomous driving in advance, and has joined hands with related companies to promote the maturity and application of the inertial navigation system, and the automobile industry has accelerated into the era of autonomous driving.

In the process of autonomous driving moving towards L3 and higher levels, the use of MEMS sensors to integrate with other autonomous driving technologies to form a high-performance, low-cost, mass-produced inertial navigation system becomes the key.

With the improvement of the level of autonomous driving technology, the performance requirements for MEMS gyro sensor will continue to increase; at the same time, with the continuous maturity of inertial navigation system algorithms, the space for improving system performance through algorithm optimization is getting smaller and smaller. The degree of dependence on chip hardware performance will increase accordingly, and the design, manufacture, packaging and testing of MEMS gyro sensor chips will become the key links to improve the role of inertial navigation systems.

In practical applications, customers in the field of autonomous driving have reported that ERICCO’s high-performance MEMS gyro sensors perform on the core factors that determine the main performance of high-precision positioning and navigation, such as random walk of angles in the full temperature range, zero bias stability, and scale factor errors. It has significant advantages in improving the accuracy of navigation and the safety of vehicle driving, and has been well received.